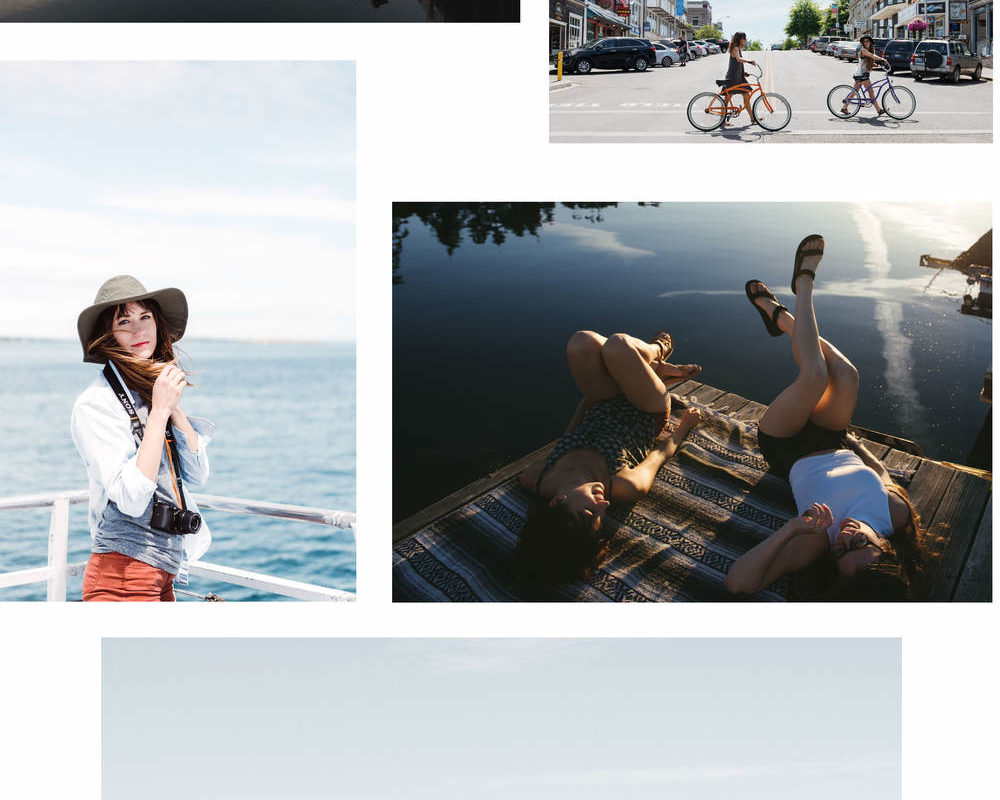 In Search of Orcas

A few months ago, two dear friends of mine, Laura and Natalie, started planning a weeklong trip to kayak in search of whales while also hiking and camping along the way. When they invited me to come along, I couldn’t say, “no.” After weeks of texting, FaceTime, and countless emails, we decided to start our trip on the San Juan Islands before heading north to the Kenai Peninsula in Alaska. 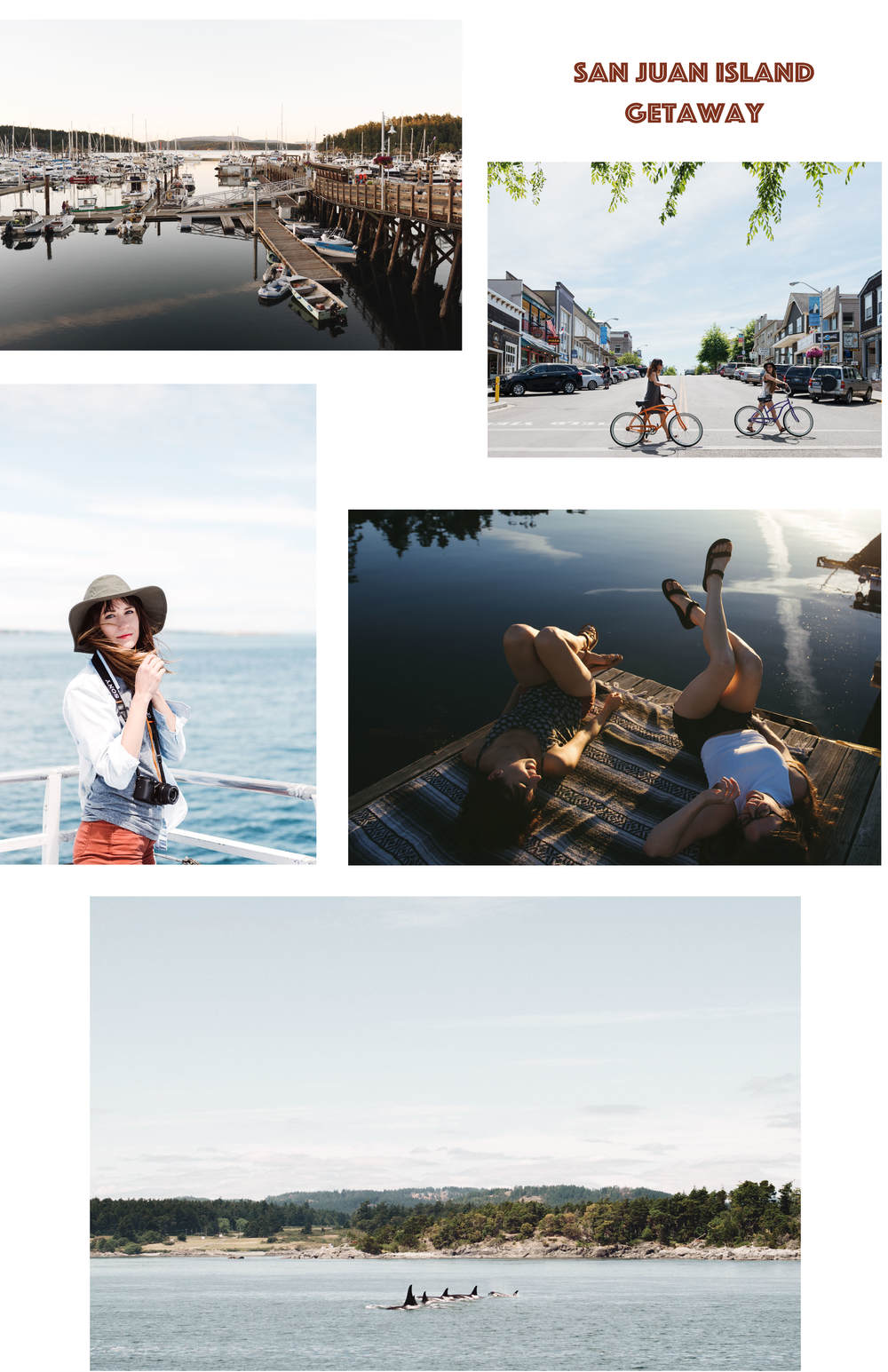 We headed out to Friday Harbor on San Juan Island (SJI) with hopes of kayaking alongside orcas. We connected with the wonderful folks at San Juan Outfitters, hopped into kayaks, and took off on our search. We paddled our way along the west side of SJI and Henry Island, catching glimpses of wildlife and parts of the Canadian coastline along the way, but sadly we didn’t see any whales. However, during our trip on the San Juan Clipper, we finally spotted some orcas! The boat slowed down and we coasted alongside them as they swam side by side. They were part of the L pod and had an orca calf in tow. This was the first time they had been spotted since before winter and it was a huge relief to the Clipper staff that the baby had survived the harsh, cold months (which isn’t always the case).

Laura took some notes about these majestic creatures while aboard the clipper:

“The three pods of orcas that live in the area (known as the “Southern Residents”) are tracked, numbered, named and can be easily recognized by those who know what to look for. According to Justine Buckmaster, a naturalist who has been guiding tours for six years and has always loved whales, ‘each whale is recognizable by a unique dorsal fin and saddle patch, like a fingerprint.’ Justine also explained that each pod is named, each whale within the pod is named, and each whale is photographed yearly by the Center for Whale Research.”

Justine was an amazing tour guide and all three of us learned a lot. One thing we all particularly loved to hear was that orca pods are led by females. The matriarch of the Southern Residents is a 100 year old orca known affectionately as “Granny.” Most orcas in the world only live to be about 50 or 60, so Granny is a total rockstar. Justine also told us that orcas depend on a sense of community and social acceptance. Thanks to lots of work and research from organizations like the Center for Whale Research, public opinion about orcas is changing and it’s now widely accepted that they should not be kept in captivity because of their social nature. 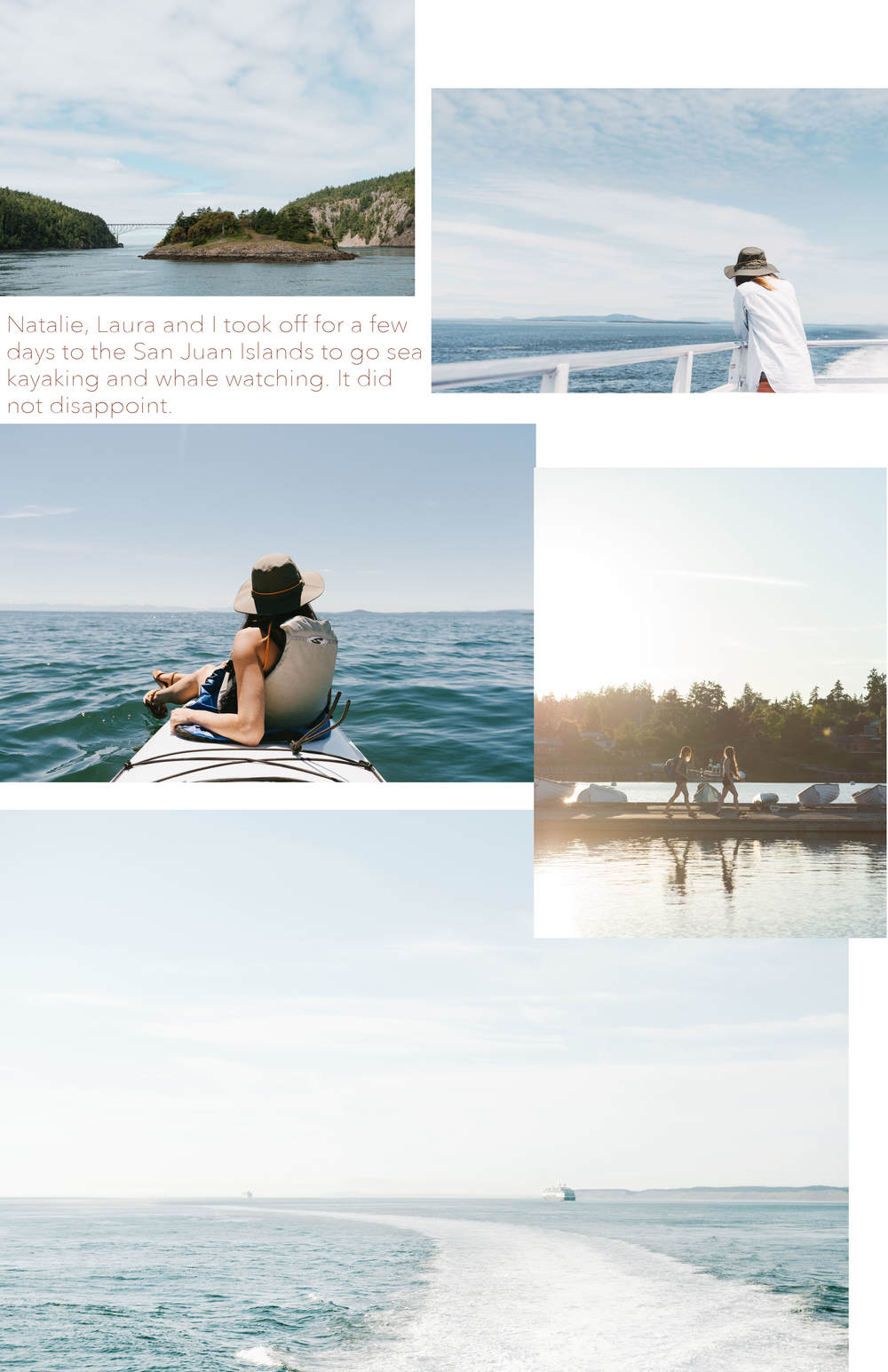 To say the least, the trip was off to an incredible start. We explored Friday Harbor and Roche Harbor – two cozy little communities on SJI – road cruiser bikes on the pier, and ate more sugar than I have in the past decade.

A special thank you to Clipper Vacations for putting together an incredible itinerary for us, setting us up at the lovely Earthbox and connecting us with SJ Outfitters. Clipper has always been one of my favorite local companies and I’m so excited to announce that we are giving away a whale-watching experience for you and a friend — details here!

It was a trip we won’t soon forget, and I know you will love it too. We can’t wait to go back!